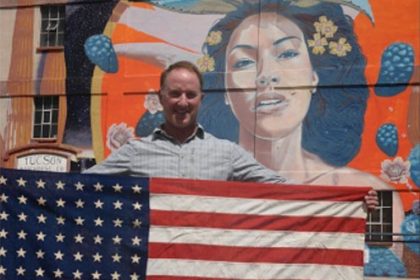 Because of the words of the “Star-Spangled Banner” were inspired by Francis Scott Key’s sight of the American Flag flying over Fort McHenry, Maryland, the anthem and the flag are interlocked in an inseparable patriotic bond. Several years ago, Charles Foley, now retired but then a Tucson police officer, noticed a lot of empty flagpoles while he was on patrol.

Foley had an idea. He explained it this way: “Anywhere I saw a flagpole without a flag, I would just walk in unannounced and ask if they would like me to put an American Flag there. My first one was on the rooftop of the Tucson Warehouse & Transfer Co. Building in Downtown Tucson. I could only get up there because of the owner, the late Mark Berman of Benjamin Supply, believed in what I was doing and built brand new steel stairs. I’ve only been told ‘no’ once.”

Foley partnered with veteran Bradley Clark to form Flags for the Flagless, a nonprofit organization. The project has placed more than 150 American flags throughout Tucson and is expanding into other areas and reaching out to school classrooms. “I come from a military, very patriotic family and to me our flag is a symbol of the great country we live in and a symbol of hope for the rest of the world,” said Foley. 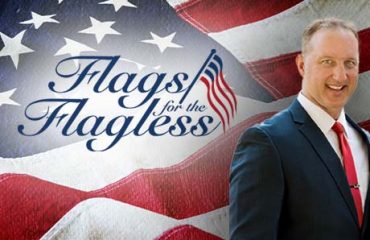 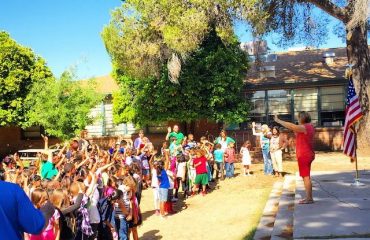 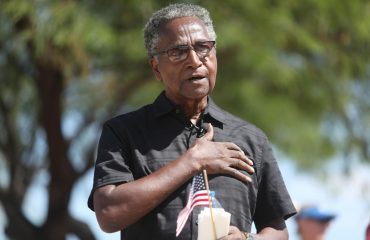