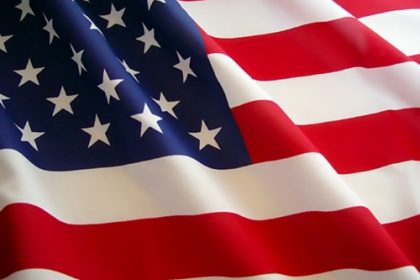 A historic moment will take place at the Chase Building, Tucson’s first skyscraper, today at 9 a.m. for the first time in 75 years. Flags for the Flagless, an organization that installs flags on unused or abandoned flagpoles, founded by Tucson police officers Charley Foley and his partner Bradley Clark, arranged the ceremony.

Two American interment flags that draped the coffins of Tucson World War II veterans, Alvin E. Miller and Joseph C. Yanek, will be raised at the skyscraper. The flags were donated by the families of the veterans, Miller’s son and Yanek’s widow, in an effort to bring them back to life.

Crystal McGuire, designated broker at the Danmarben Group, is directly involved in this morning’s ceremony. The Danmarben Group got involved with Flags for the Flagless after they requested to reinstall flags on the Chase Building.

“They left a historic picture with my staff saying that they would love to put flags back up, so they initiated the conversation,” McGuire said. “It took a week and a half to work in my schedule, but I fell in love with the idea.”

According to Foley, there are many abandoned flagpoles throughout the city. After finding 33 in one general vicinity, he was inspired to create the organization.

“I used to notice [abandoned flag poles] a lot,” McGuire said. “Now I notice it more now that I’m more conscious about it. I think it’s spectacular what they’re doing.” According to McGuire, they had a practice run of the ceremony last week, and although the flag was only up for a few moments, people stopped, paid reverence to it and talked about it.

“As little as that time span was, it was moving,” McGuire said. “I think it’ll impact a lot of people.”

Carly Caylor, a high school student at The Gregory School, will be the master of ceremonies, speaking about the history of the flags and the people who provided them. Caylor was recently elected as state president of the National Society of Children of the American Revolution, the oldest patriotic youth organization in the United States.

“I feel honored that I could be a part of the ceremony to recognize those who have fallen in American history, especially those who passed on Sept. 11, and to honor the new flags that are to be placed [at the Chase Building],” Caylor said.

Flags for the Flagless has raised 22 American flags throughout Tucson in four months.

“Someone asked me when I approached them, ‘What is this, like, a feel good project?’” Foley said. “I said, ‘You know, ma’am, it’s whatever you want it to be.’ A flag means different things to different people. To me, it’s not a feel good project, it’s just bringing back what once was. That’s how I look at it.”

The two interment flags will be folded and placed in shadow boxes and will remain in the Chase Building with plaques mentioning the soldiers’ names and that the flags flew on Sept. 11, 2014. 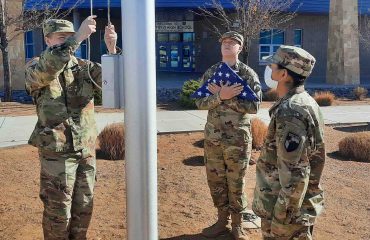