The flag will be presented Friday to Giffords and Kelly by Flags for the Flagless, a local organization started by two Tucson police officers that is dedicated to reviving flag poles that have been abandoned throughout the community.

On Jan. 8, 2011 six people were killed and 13 wounded at Giffords’ Congress on Your Corner event in Northwest Tucson. Giffords was seriously wounded. In the days after, memorials sprung up outside the hospital where Giffords and others were being treated, at Giffords’ Tucson office and at the shooting scene.

Among the thousands of items left at the memorials and sent to Giffords’ office were scores of U.S. flags. Some have been preserved for display in a memorial being planned.

The others were donated by the Tucson January 8 Memorial Foundation to Flags for the Flagless. One of those flags since has been given to the Mulcahy YMCA in Tucson, where it now flies.

Flags for the Flagless recently offered a flag that had been left at one of the shooting memorials to Giffords and Kelly to fly outside their Tucson home.

Flags for the Flagless was started last year by Tucson police officers Charley Foley and Bradley Clark, who noticed numerous unused flagpoles while on patrol. The organization has donated more than 55 flags to be raised on empty flagpoles around the Tucson area.

The University of Arizona also has teamed up with Flags for the Flagless to fly at each home football game a flag that was used to cover the casket of a service member from Southern Arizona. After the game, the flags are encased in shadow boxes and given to local businesses and schools to display.

The Tucson January 8 Memorial Foundation is a 501(c)(3) organization with the sole mission of completing a permanent memorial to the shooting.

The “Together We Thrive” $4 million capital campaign spearheaded by the Foundation is underway to fund the memorial. Campaign honorary Giffords and businessman Jim Click Jr.

One item in the Nov. 3 Pima County bond election, Prop. 427, would provide funds to renovate the Old Pima County Courthouse, where part of the memorial is planned,

WHAT: Flags for the Flagless presents American flag to Gabrielle Giffords and Mark Kelly
WHEN: 4 p.m., Friday, Oct. 30, 2015
WHERE: 65 Calle Resplendor 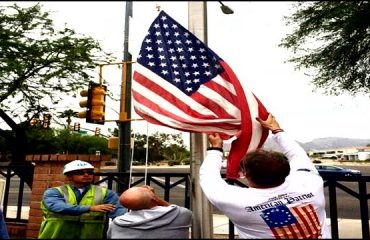 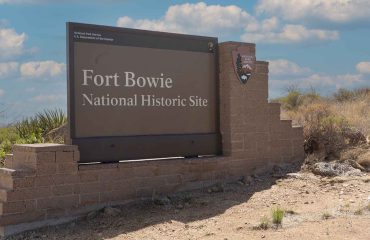